CosBond Cosplay Tutorial Series
Astrid from How to Train Your Dragon: The Hidden World
Adding the Details to Astrid's Armor

This is the third episode demonstrating how we built Astrid's amor from How to Train Your Dragon: The Hidden World. In our last episode, we cut and assembled the armor out of L200 foam. In this episode, we're adding all the details, including the dragon scales and skulls. Check out the video below and read on to get more details on how the armor started to come to life. Adding the details to Astrid's armor presented some interesting challenges for us. First, the armor is intended to mimic Astrid's dragon, Stormfly and it's supposed to be covered with the scales that Stormfly has shed (according to the movie, the scales were attached using Toothless' sticky saliva — yuck!). Since we didn't have that particular adhesive at our fingertips, and since cutting out a million scales didn't seem like a whole bunch of fun, we figured out a more creative way to add scales — you'll see that below.

The other thing about the armor was that all of the pieces had a million "leather" straps and edges of all different widths. This is one place where CosBond really helped us bring the piece together quickly and easily. As with any cosplay, we took some creative liberties — some because of time (we were getting ready for C2E2 in Chicago) and others because we felt they could be omitted without ruining the overall look we were going for. For example, Astrid's actual armor also features two wing structures that help her fly when necessary, but since they're usually folded and invisible (and since we weren't planning on flying), we decided to omit those. Also, her armor extends through the legs and boots; we decided a pair of brown boots would do.

As with all of these tutorials, we'd love to hear how you might've done things differently or if you've used any other techniques that helped you add details to your armor. So let's get going.

STEP 1: Adding The Scales, Edges, Straps, and Base Details 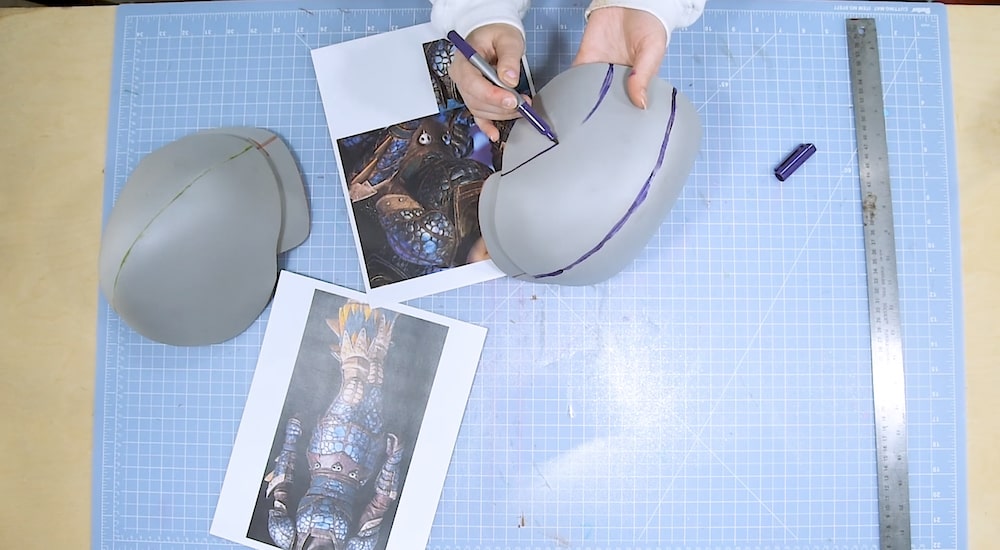 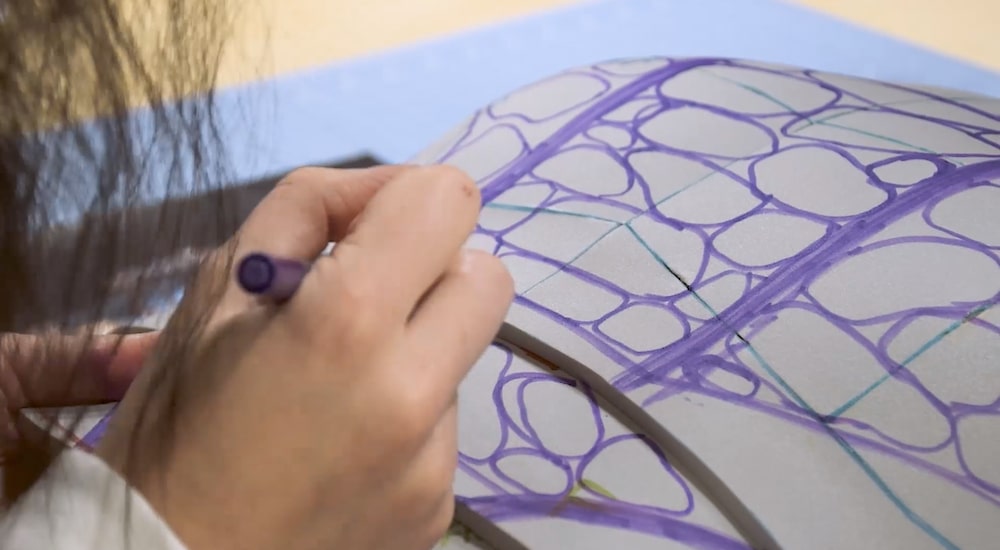 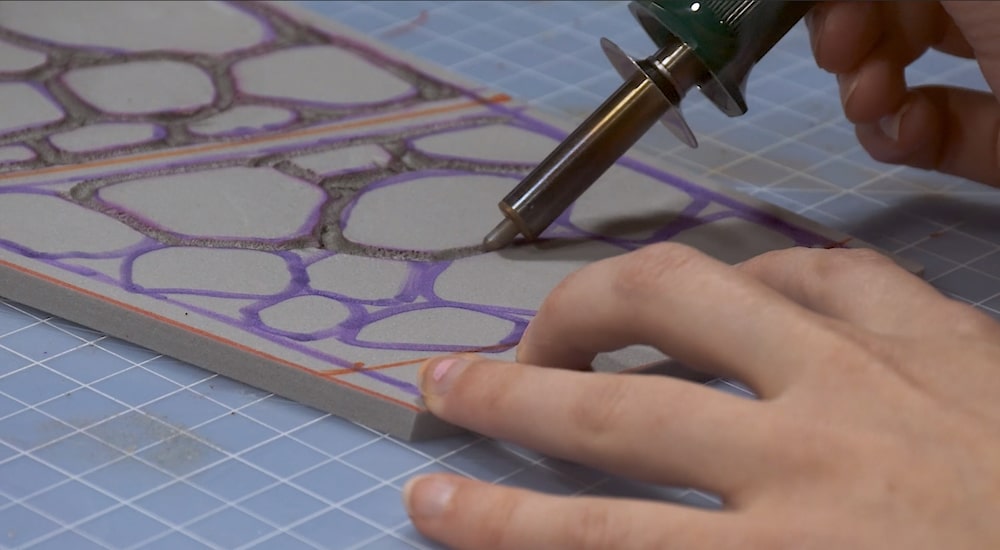 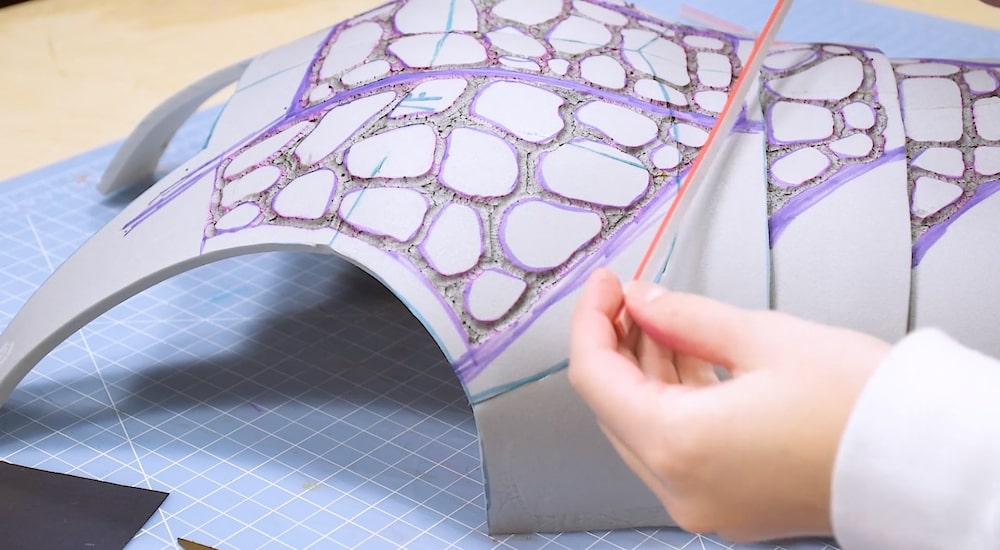 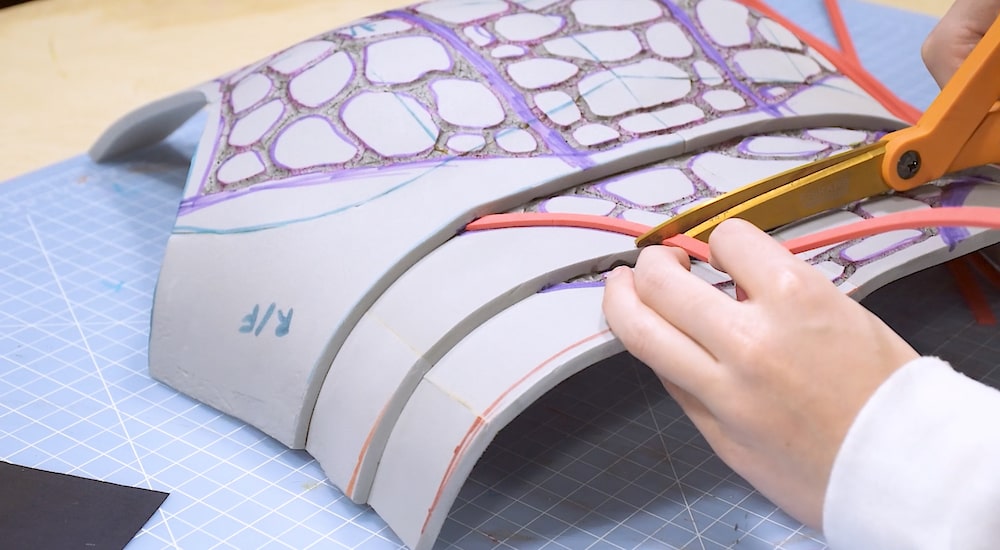 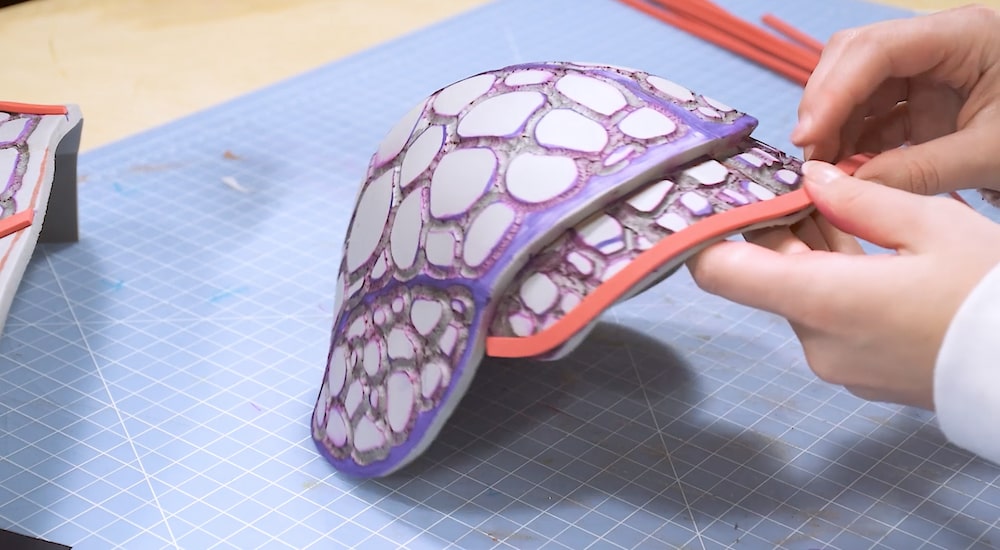 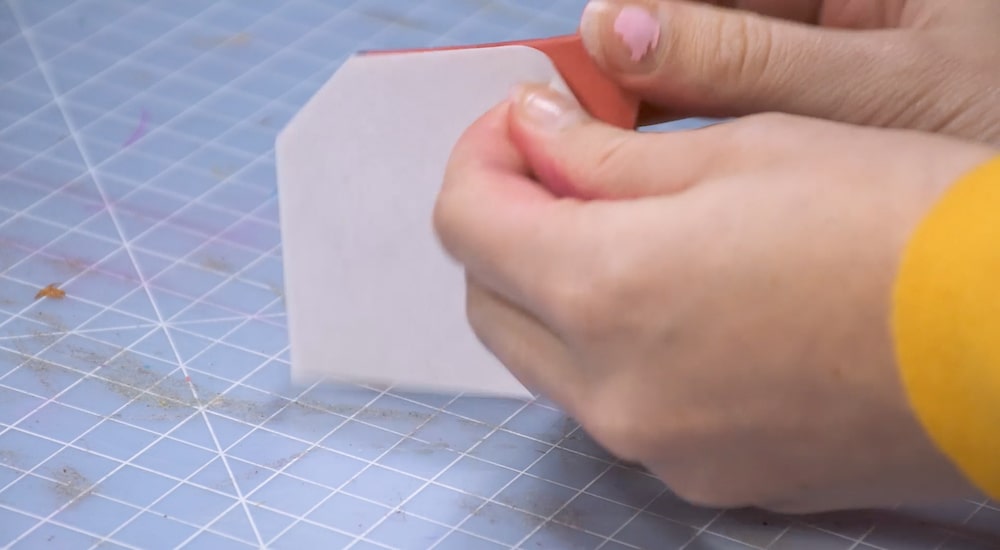 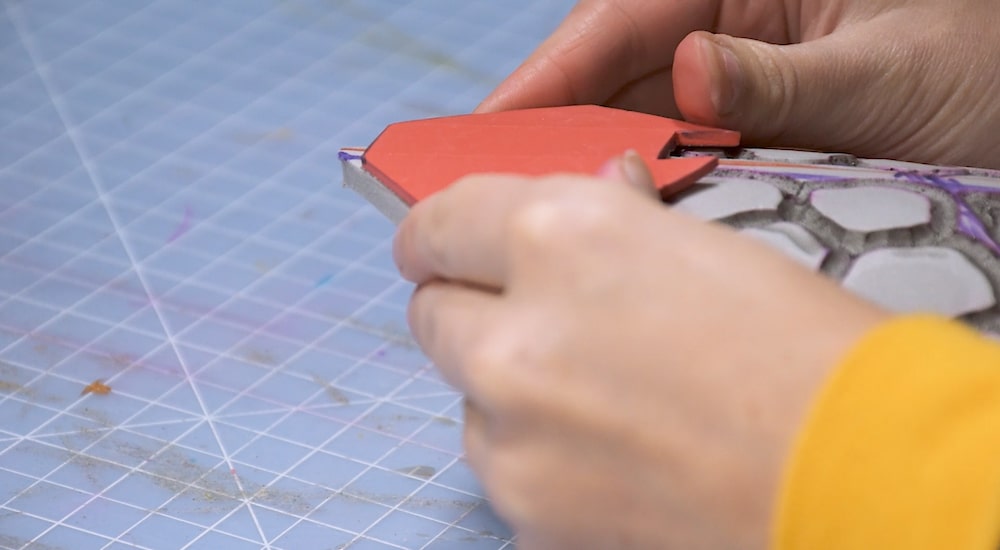 After getting the scales and the base details completed, there were a number of three-dimensional details that still needed to be added — these included the spikes on the legs and forearms, the triangles on the lower legs, and the dragon skulls on the belt skirt. Each of these details was a relatively easy to pull off with little bit of time and some creativity. So here's how the design came together. 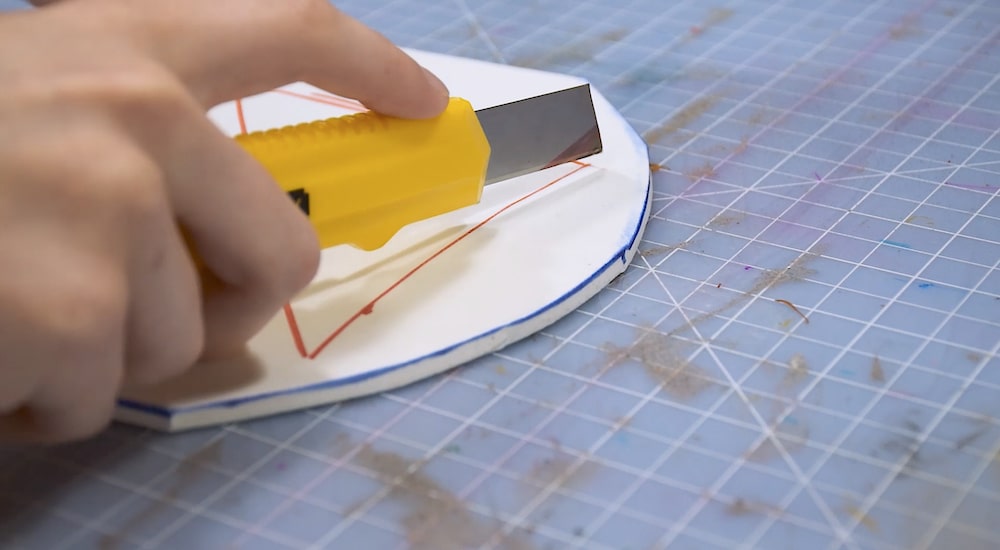 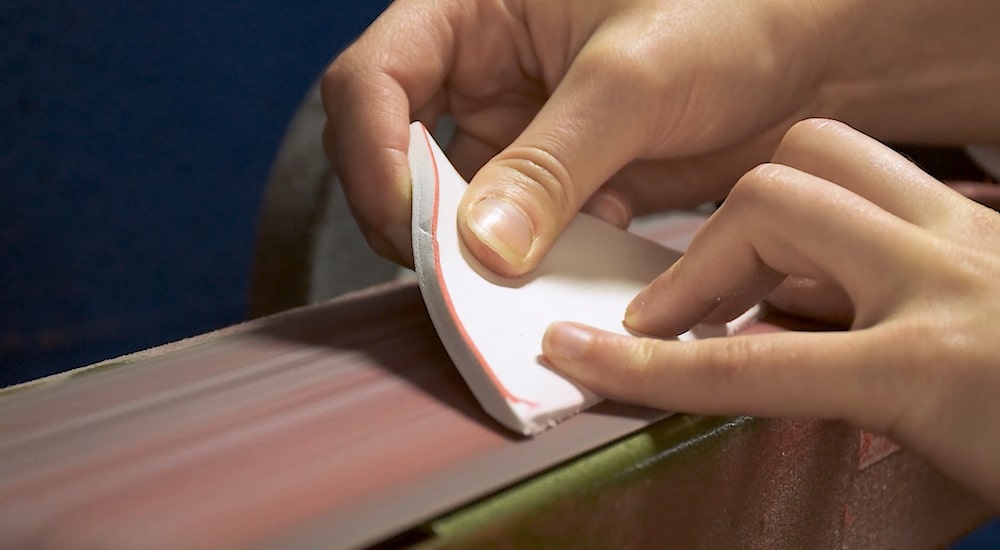 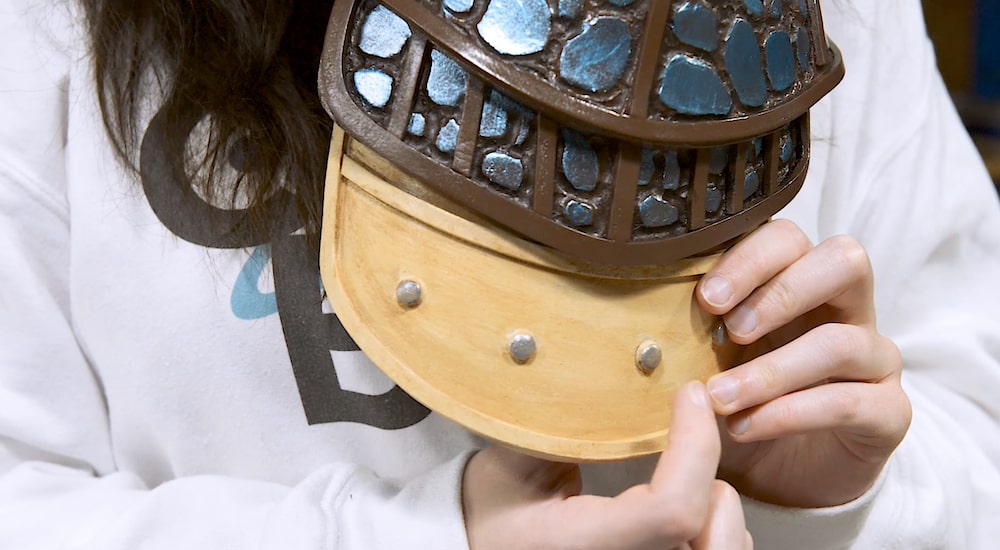 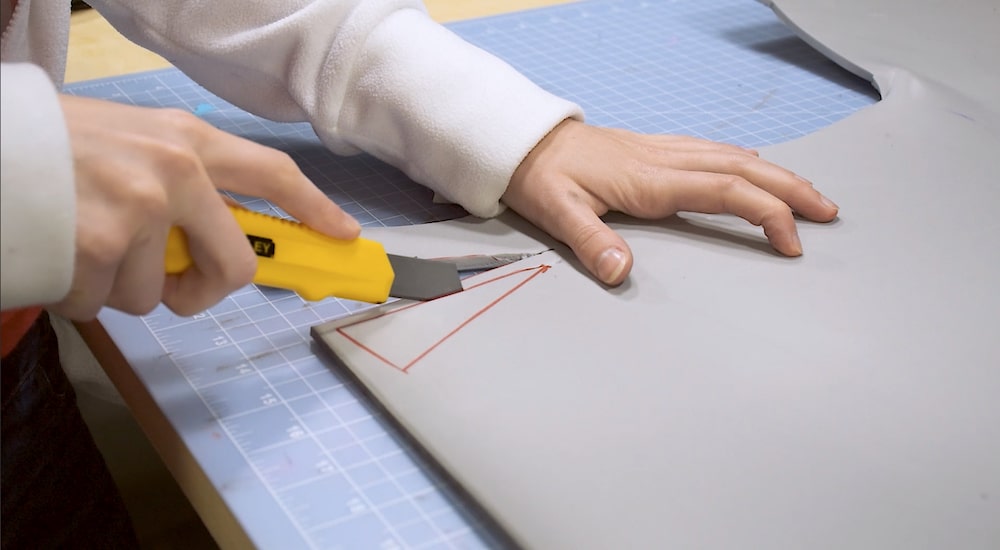 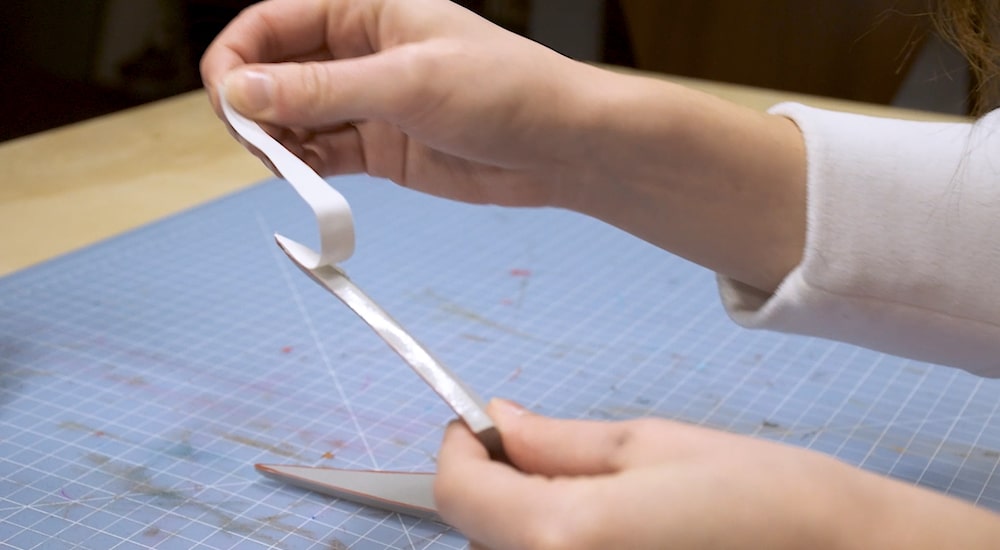 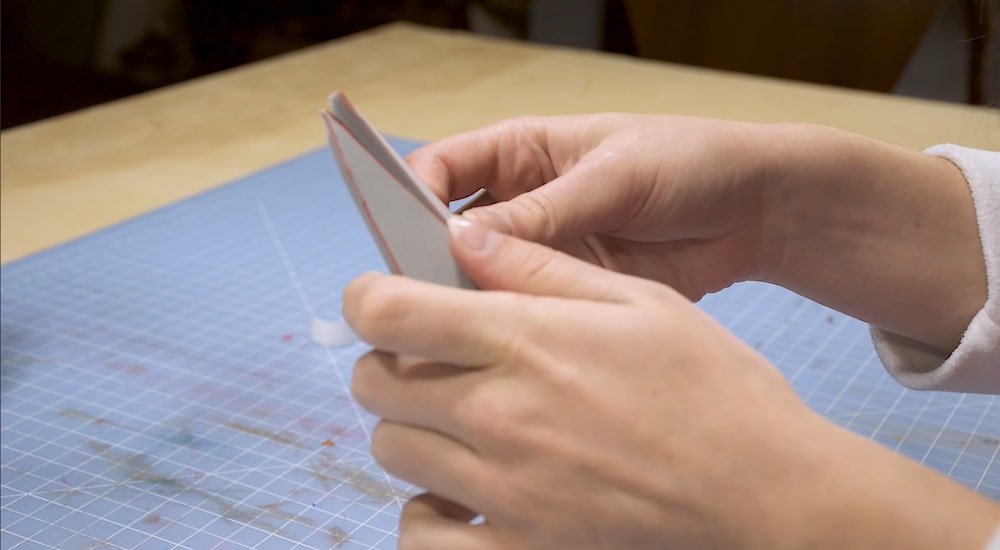 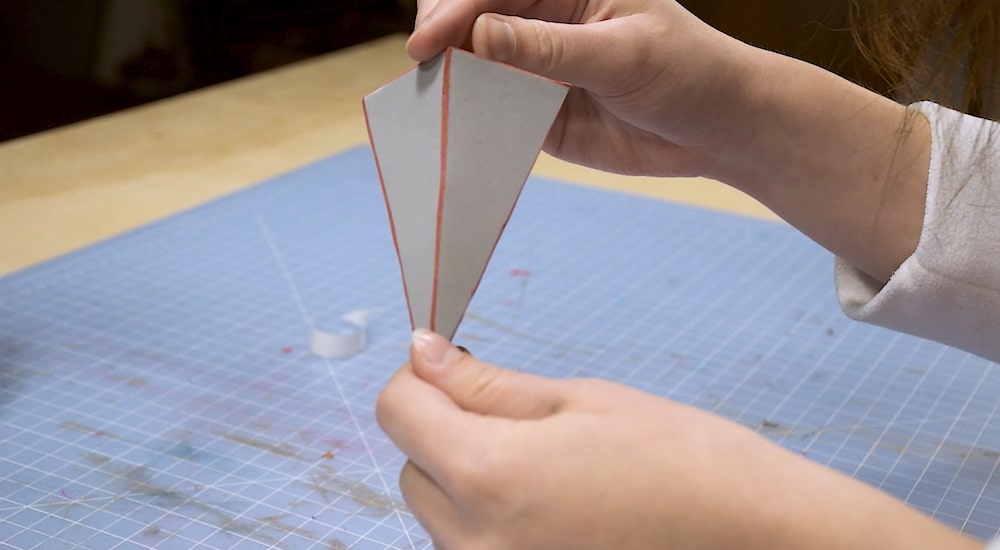 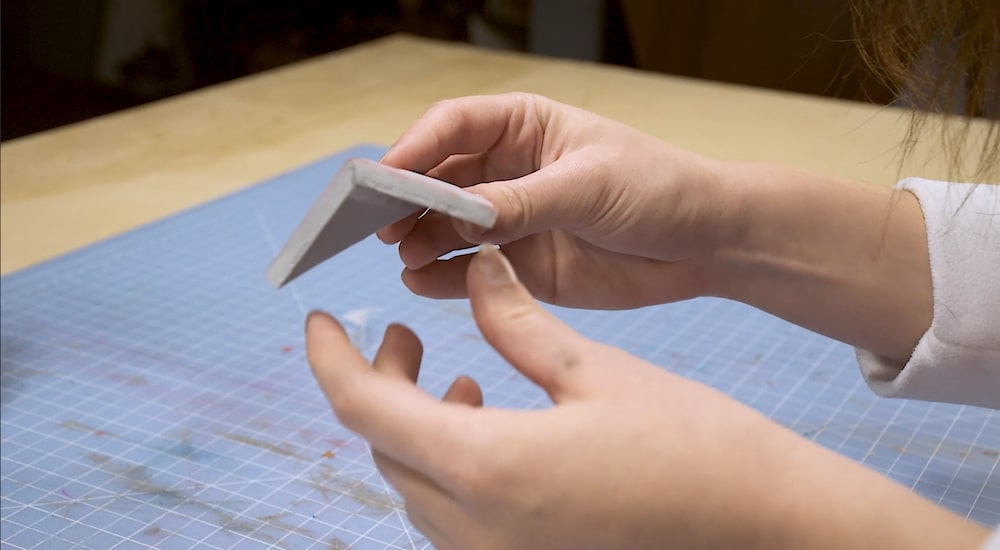 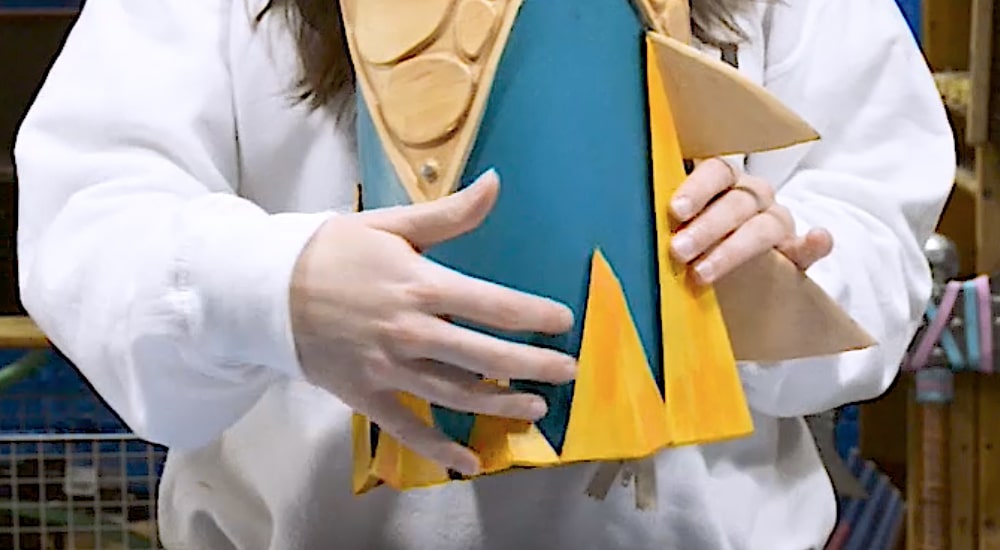 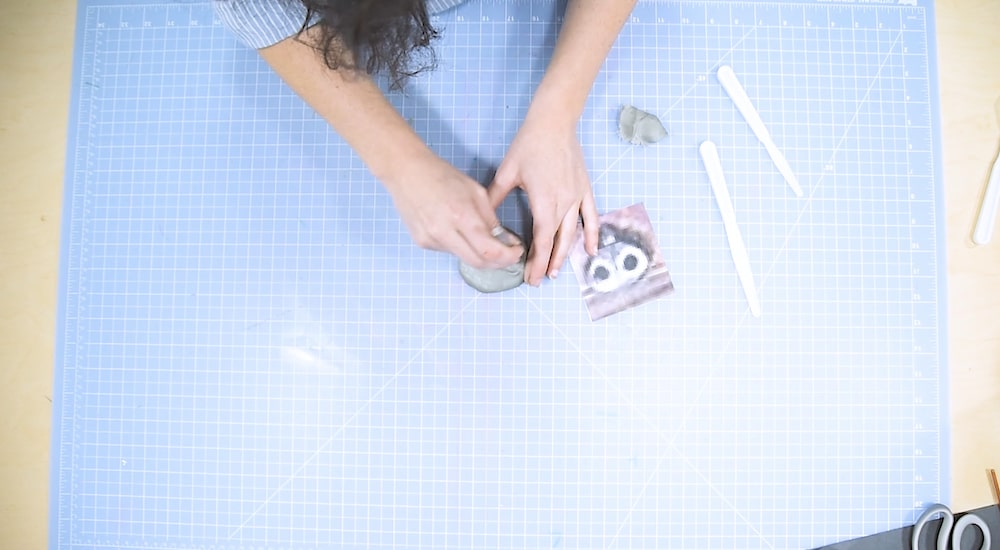 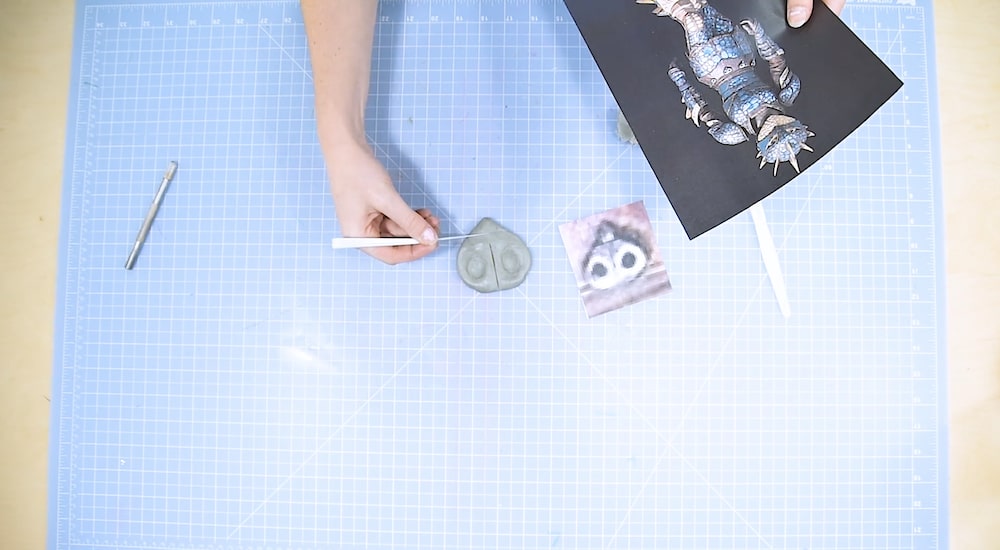 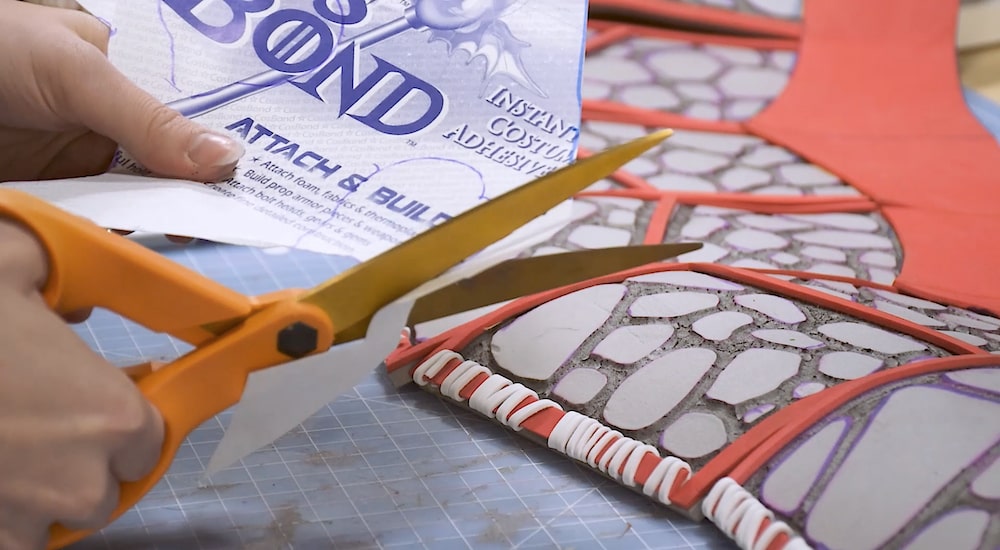 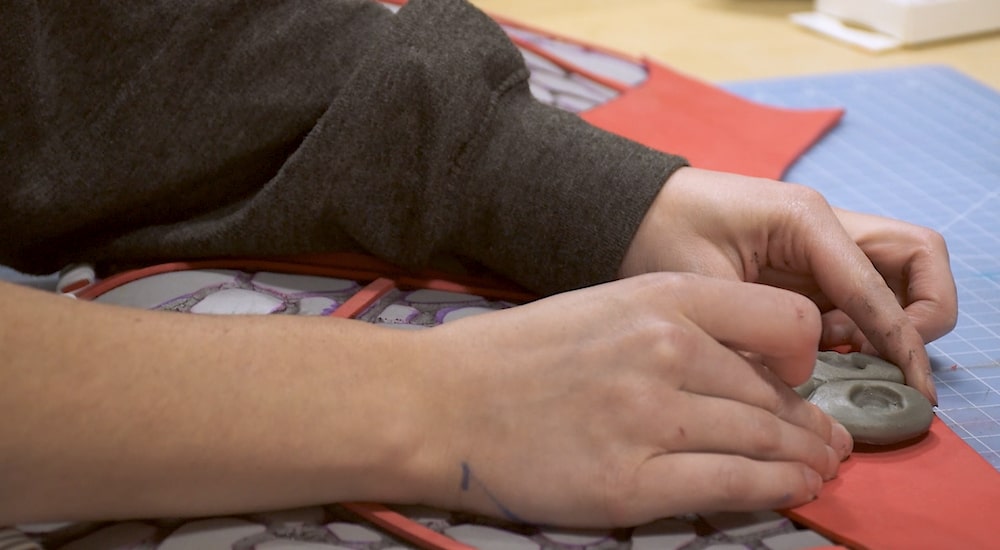 Adding all the details to Astrid's armor was a very time-consuming process — particularly the scales. But as with anything else, you get out of it what you put into it. For us, we wanted this cosplay to be awesome, so putting the time in was also a really rewarding process as we could really see everything coming together and looking exactly how we envisioned it. With all of the details added, we were ready to paint. We'll cover this in our next episode, so be sure to check it out. 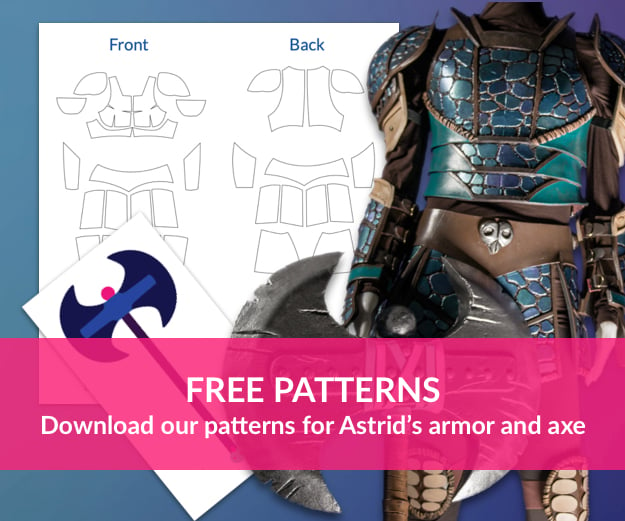 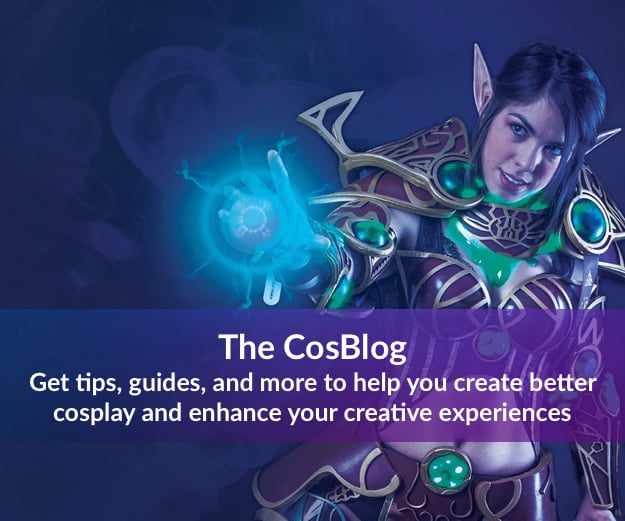 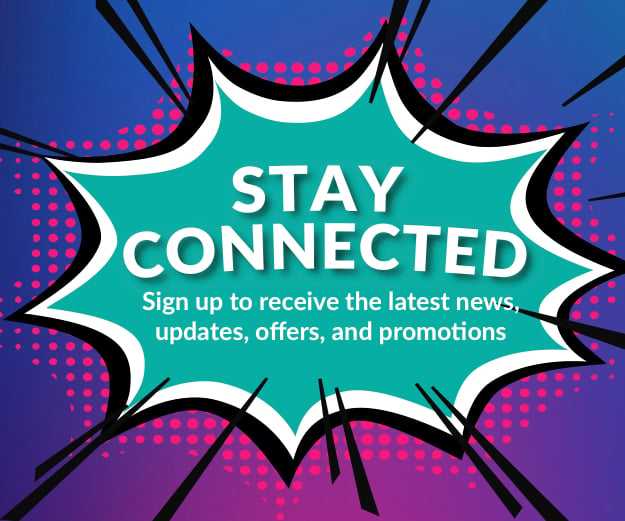